This talk will share everything we've learned about the spectrum of approaches for creating and scaling JavaScript websites and applications. 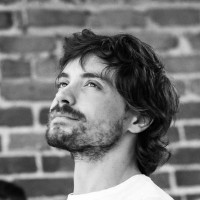